The LAGOS teams have been actively conducting research in the general area of macrosystems ecology and also have helped to define this relatively new sub-discipline. For example, we worked with large number of other researchers who were  also been funded by the NSF Macrosystems Biology Program to help to define the underlying concepts behind macrosystems ecology as well as the recognition that there has been a long history of concepts, theories and perspectives that are closely related to it (Heffernan et al. 2014). 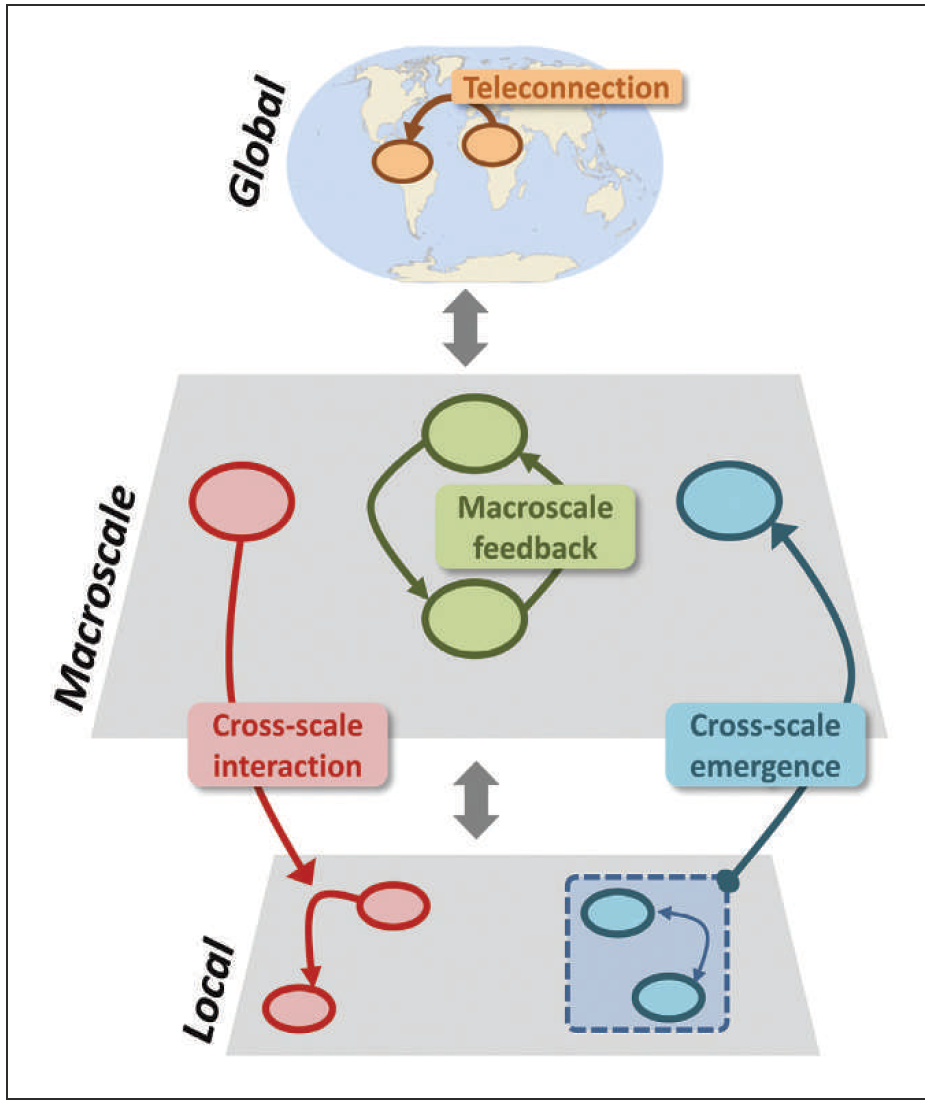 From Heffernan et al. 2014: Figure 3.  hierarchical macrosystem in which components at the macroscale interact with one another and with components at local and global scales. Components at all scales are depicted as ovals, with arrows representing the directional effects of one component on another. At least four major types of interactions can be important in macrosystems: teleconnections, cross-scale interactions, cross-scale emergence, and macroscale feedbacks (see text for definitions). Although a teleconnection is depicted at the global scale, this interaction represents a unidirectional interaction from one region to another. For clarity, only three spatial extents are depicted; however, macrosystems will often include components that operate at a larger number of spatial extents (figure inspired by Folke et al. [2011]).

In addition, we have conducted research using the LAGOS Research Platform to inform many components of macrosystems ecology, including a quantifying and understanding spatial and temporal variation at regional to continental scales, the needed concepts to study populations of ecosystems at regional to continental scales such as cross-scale interactions, global change and conservation at these broad scales, evaluating existing broad-scale databases and the benefits and challenges in using them to conduct this research, and landscape limnology. Below are our contributions to these areas.

See here for an informational video about What is Macrosystems Ecology